The St. Mark’s Teacher Institute was founded in 1991 with a grant from The O’Donnell Foundation to provide professional development opportunities for teachers throughout the Dallas/Ft. Worth metroplex. Every other year, more than 100 teachers gather for the Institute, attending classes, hearing special guest speakers, and attending various seminars. Since its inception, more than 700 teachers from Dallas and the surrounding communities have attended the Institute. Notable speakers have included Jim Burke, Nikki Giovanni, Horton Foote, Dr. Amy Freeman Lee, Luis Hernandez, Carol Jago, and Jim Burke.

Participants spend the day at St. Mark’s and attend workshops with Master Teachers and other faculty members who share teaching techniques and proven methods in English and Middle School humanities instruction. In addition, attendees have the unique opportunity to visit Upper School English and humanities classes and observe the culture and operation of a lively boys school environment.

The Institute involves senior St. Mark’s faculty as peer mentors and provides numerous opportunities for teachers to learn from the presenters and from each other. The St. Mark’s Teacher Institute represents St. Mark’s long-standing commitment to support education in the greater Dallas community. 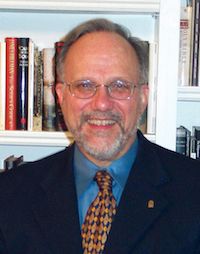 Dr. Cowan is a Professor of Literature at the University of Dallas, where he holds the Louise Cowan Chair in Humanities. A Fellow of the Dallas Institute of Humanities and Culture, he has given more than 50 invited lectures on literature. He is the author of Exiled Waters: “Moby-Dick” and the Crisis of Allegory and has also edited five books, including Poetics of the Americas and The Prospect of Lyric, in addition to publishing numerous articles on American and Latin American literature, literary theory, Sophocles, Virgil, Dante, Goethe, and the classics of India and China. Dr. Cowan’s animating vision has been the great forms of the poetic imagination and their deep unity in the human soul, and he has sought to bring that priceless realization to as many people as possible.

Keynote Address ~ The Gift of Tragedy: Its Place in Education and Culture
Why suffer tragedy? The dark plunge into tragic suffering offers more than sympathy or radical chic. The braving of this personal destruction has often been associated with giving birth to an advance in the capability of the human race, and the example of tragedy has been decisive for the character formation of novel protagonists, modeling for their readers the fruitful witnessing of tragedy.

Workshop ~ Moby Dick: Meditations and Language
Melville’s great novel provides example after example of the art of meditation on common and maritime experiences, and along the way, he shows how poets at their best renew our language in responsive and surprising ways.
“The wonderful classes that I sat in reenergized and inspired me to change up some lessons I’m developing for the next few weeks. The campus was lovely, and every young man was beyond courteous.”